Rich in history and natural beauty, Portugal is a destination filled with culture and culinary diversity. Set on the Iberian Peninsula facing the Atlantic Ocean, it’s home to some of Europe’s oldest cities and a bounty of ingredients from seafood to vineyards. 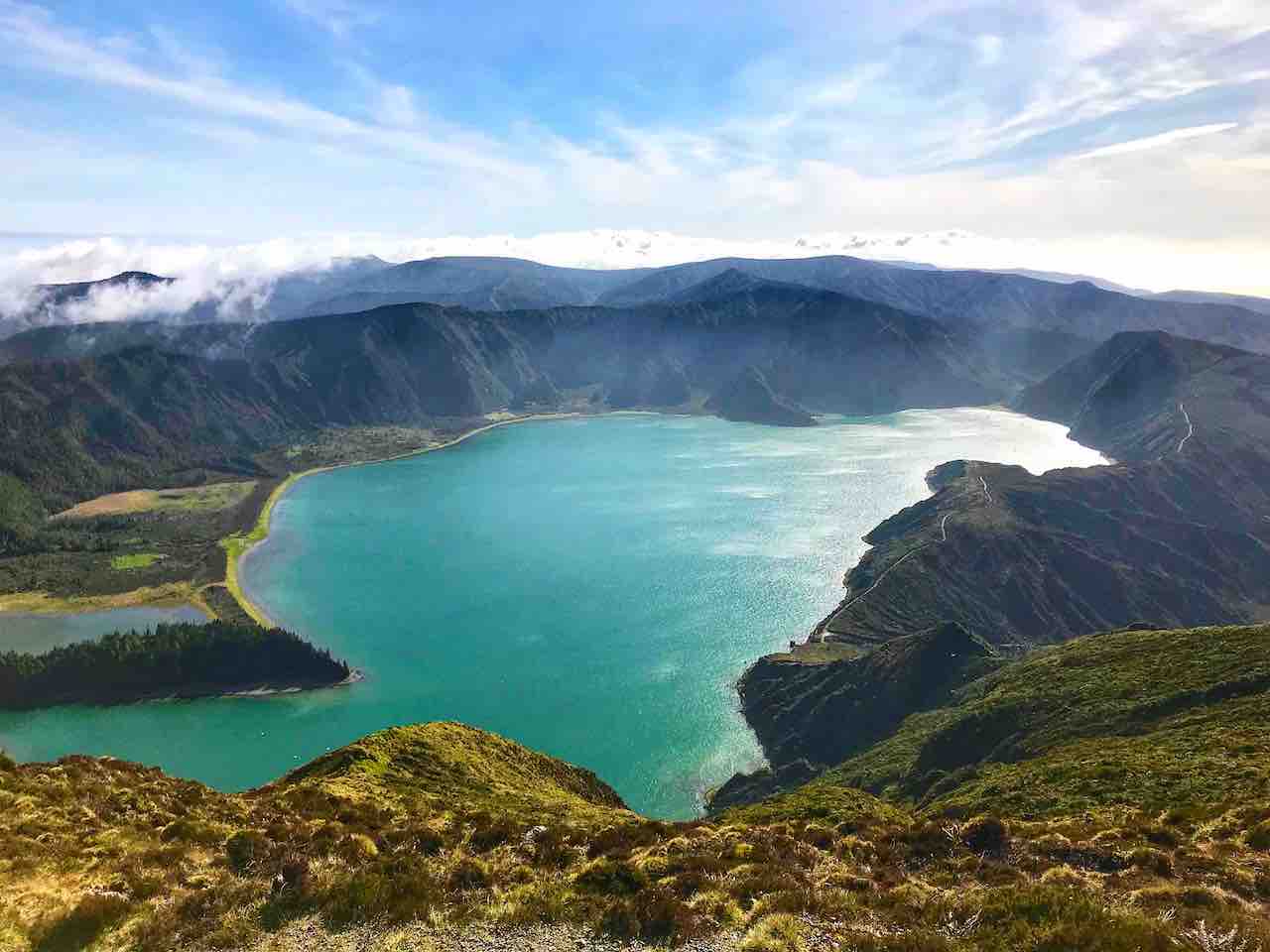 Wine, beaches, history and glorious food! Portugal has so much to offer it should definitely be on your bucket list.

In the south, the Algarve boasts some of the most beautiful beaches that you will ever see. Grottos, caves, cliffs, and rock formations tower over turquoise blue-green waters. Each city along the Algarve coast has its own unique offerings, from the international town of Tavira to the small surf town of Sagres, once known as the edge of the world.

Above the Algarve is the Alentejo region known for its olive oil, Alentejo wine, and beaches. Then there are the cities of Lisbon and Porto, perched upon hillsides that boast epic views. These cities are known for their international vibes, good food, history, culture and so much more.

Then there is the little-known and often never visited area of Central and North Portugal, the green heart of the country. Here nature enthusiasts can explore beautiful mountains like the Serra da Estrela, swim in lakes and rivers, and get lost in lush green forests.

In addition to its fascinating cities such as Lisbon and Porto, we also can’t forget the islands, Madeira and the Azores.

These two separate yet unforgettable archipelagos that feel like you stepped into another world.

The best time to visit Portugal depends on where you go. Portugal is one of those countries where the weather stays warmer, longer.

It starts getting warm around April/May and the warm weather extends until mid-October. The hottest months of the year are July and August, which is also peak tourism season. Temperatures during the summertime can vary between 24°C to low 30°C.

Winter is also beautiful in Portugal and if you do want to come during the wintertime, make sure you go to Serra da Estrela where you can enjoy snow activities, like skiing.

In terms of the weather on the islands, Madeira and the Azores are known for their subtropical weather. The best months to visit Madeira is between August and September.

Portugal is still a country where you can enjoy a lot without having to spend too much. You just need to forgo touristy areas, and instead look for local establishments, hotels, and restaurants.

Lisbon and Porto, the two main cities in Portugal, can be quite affordable if you do a little research. The cost per night for a hotel is around €50 – €80 per night for double occupancy in a 3-star hotel.

If you want to splurge, there are also options for that. A good meal, which includes drinks at a Portuguese restaurant is about €40 for two people.

As with most things in Portugal, prices in Portugal depend on where you go. If you plan on going to the famous Time Out Market in Lisbon, then lunch can easily be €50 per person.

Instead, it you opt for eating traditional Portuguese food where the locals eat, a delicious lunch can cost as little as €10 per person

The cities are also walkable but are very hilly. If you do want to take public transportation, instead opt for UBER. A ride across the city will cost you around €5.

The cost of staying on the Azores Islands is also quite similar to the mainland cities. Expect to pay around €83 for accommodation and €60-75 for food and local transport.

When traveling to Portugal you must pack a couple of key things, which include:

While Portugal is famous for its stunning natural landscapes, historic architecture and warm hospitality, the depth and diversity of traditional Portu…

END_OF_DOCUMENT_TOKEN_TO_BE_REPLACED

Here’s a complete guide to the best hotels on São Miguel Island in the Azores, Portugal for locally-inspired, creative cuisine!

END_OF_DOCUMENT_TOKEN_TO_BE_REPLACED

If you’re planning a trip to Lisbon, love food and are wondering where to shop for food souvenirs, the absolute best place to go is the store th…

END_OF_DOCUMENT_TOKEN_TO_BE_REPLACED

Planning a vacation in the Azores? Get a detailed Azores itinerary packed with tips on fun things to do on a holiday in this beautiful island archipel…