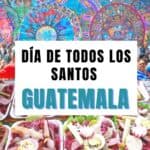 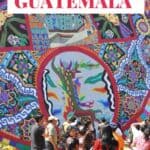 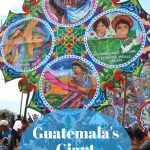 Taking place on November 1st, Día de Todos los Santos in Guatemala is filled with colourful customs. Best known throughout Latin America as Day of the Dead and Dí­a de los Muertos, it’s actually one of the biggest holidays celebrated in Guatemala.

According to tradition, Guatemalans believe the barrier between the realms of the living and the dead is at its most porous on the first two days of November.

The important dates are All Saints Day or Día de Todos los Santos on November 1st, and Day of the Dead or All Souls Day  (Dia de los Difuntos) on November 2nd.

Here are the five ways Día de Todos los Santos or Day of the Dead is celebrated in Guatemala.

1. Experience Day of the Dead in Guatemala – Giant Kite Festival of Sumpango

While kite running or kite fighting is a popular pastime throughout the Indian subcontinent for fun and as a competitive sport, the origins of Guatemalan kite history is quite unique. It coincides with the annual winds that blow in the month of November.

What makes Guatemala’s Day of the Dead traditions so unique is that they believe it’s an auspicious time to communicate with family ancestors by attaching messages to barriletes (kites) and letting the wind carry the messages up to the heavens.

The best places to see these ceremonial kites are the official barriletes fiestas held on November 1st in the central highlands in Sumpango, Sacatepéquez west of Guatemala City.

Los Barriletes de Sumpango or Giant Kite Festival in Sumpango Guatemala has evolved to an elaborate and impressive spectacle.

The kite festival draws large crowds and parking is very difficult to find. So the best way to see the Giant Kite Festival is to take a guided tour that includes transportation to and from your hotel.

Check prices and availability of a special tour to the Sumpango Kite Festival for November 1 on Viator.com

Months earlier teams of skilled local craftsmen (similar to the groups in Las Fallas festival in Valencia)  create their giant kite from paper and bamboo in community workshops.

The messages and designs range from religious to artistic to political. During my most recent visit, I saw elaborate Guatemalan kites promoting an end to violence against women as well as other kites with religious and cultural themes.

Once the giant kites (7 metres in diameter) are in position they are then lifted by groups of kite fliers who will try to hoist it into the air in front of bleachers lined with spectators.

If you’re studying Spanish at one of the many language schools in Antigua, excursions to the kite festival are often available for students.

If you’re looking for a hotel, check out our post on 3 Budget Hotels You’ll Love in Antigua Guatemala.

Be prepared for crowds. More than 100,000 people attend this festivals.  If you do attend Guatemala’s giant kite festival, leave valuables at home and follow other safety tips for safe travel in Guatemala.

The day begins with a breakfast favourite of ayote en dulce, made of chilacayote, a long-necked squash chopped into pieces with the skin, pulp and seeds intact.

To make this special Day of the Dead dish (also known as ayote en miel), a thick-skinned squash is steamed in a sweet syrup of panela (raw sugar cane)  generously spiced with cloves, allspice and cinnamon.

Lime leaves and orange peel keeps it from becoming too sweet. Its deep mahogany colour gets even darker the longer it sits in the syrup. So it’s usually made a day or more in advance.

Another traditional Guatemalan food to enjoy on Dia de los Muertos in Guatemala is fiambre.

One of the most important Guatemalan holiday traditions, fiambre is highly anticipated as it’s prepared just once a year.

The time, cost and effort of preparing the more than 100 ingredients that go into fiambre elevates this cold meat and vegetable salad to an exalted position in Guatemalan culture.

The history of fiambre is unknown but local legends say the recipe dates to colonial times and originated at the Convent of the Capuchinas in Antigua.

It’s said that a nun assigned to making a last-minute dinner for guests, raided the convent’s larder and chopped everything available into tiny pieces.

The resulting platter of composed vegetables, meats, eggs and salad dressing proved to be very popular. Now this unique food is  an indispensable part of Day of the Dead in Guatemala festivities.

Another popular Day of the Dead dish of a more manageable size is Platanos en Mole (plantain in a rich chocolate/spice sauce). It’s often served during Semana Santa (Holy Week) but is also enjoyed during festivities.

At the Los Barriletes de Sumpango Kite festival you’ll also see vendors making blue corn tortillas by hand and then cooking them by grilling them until toasty on a comal.

These tortillas are extra delicious slathered with créma, salty cheese from Zacapa and slices of avocado. It’s a tradition to eat a few while at the kite festival or take a few home.

Plan your own Día  de los Muertos Party! Get our list of 25+ Easy Recipes to Make for Day of the Dead

3. Join a Guatemala Day of the Dead Party

Eat street food, drink venado white rum, fly a small kite of your own to communicate with your ancestors or join a street procession on Day of the Dead. Mariachi music is also popular especially if you’re hosting a family party.

Although the graveside vigils aren’t as boisterous as they are in Oaxaca City and Lake Janitzio near Pazcuaro Mexico, there’s still lots to do on Day of the Dead in Guatemala.

4. Visit a Cemetery During Dia de Los Santos in Guatemala

A week before Day of the Dead, family tombs are scrubbed, cleaned and repainted — often a beautiful bright blue.

On Dia de los Santos, families make paper garlands and purchase wreaths of white and red chrysanthemums to place on the tombs of departed family members.

While the graves are decorated,  Guatemalan altars are not as elaborate as those in Oaxaca City or Michoacan, Mexico.

Families will spend the day at the graveyard and processions, quiet prayers, special masses at church and of course food are all part of the tradition.

Unlike the party atmosphere of Dia de los Muertos in Oaxaca you won’t see celebrations in the cemeteries. It would not be usual to see tourists wandering around taking photos or participating in private family vigils.

Check prices and availability of a special Day of the Dead Cultural Tour with a gravesite visit and the Giant Kite Festival in Viator.com.

5. Make a Pilgrimage to the Black Christ at the Basilica of  Esquipulas

While the Basilica of  Esquipulas is a popular pilgrimage site for Catholics throughout the year, it’s especially moving to visit it during the days surrounding Day of the Dead in Guatemala. 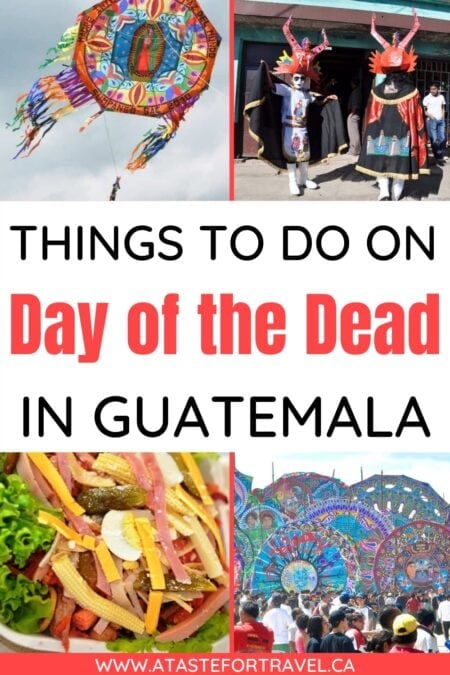 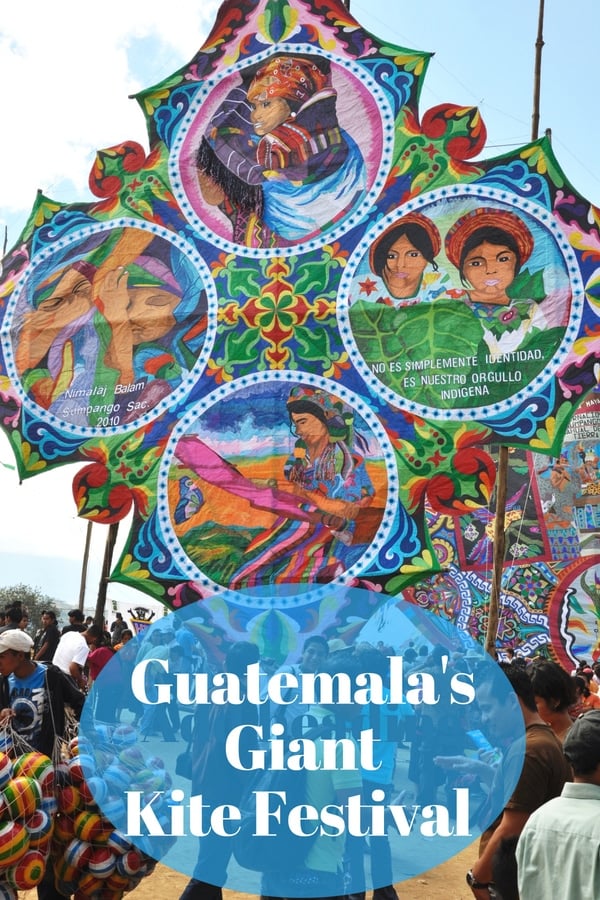 How to Celebrate Day of the Dead in Puerto Escondido, Oaxaca
Next Post: Holiday Riesling Potato Soup