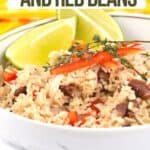 This easy coconut rice and red beans recipe is a delicious way to bring the flavours of the Caribbean into your home.

With its satisfying combination of protein and carbs, rice and beans is a popular comfort food in Caribbean, Cajun, Creole and Latin American cuisine. 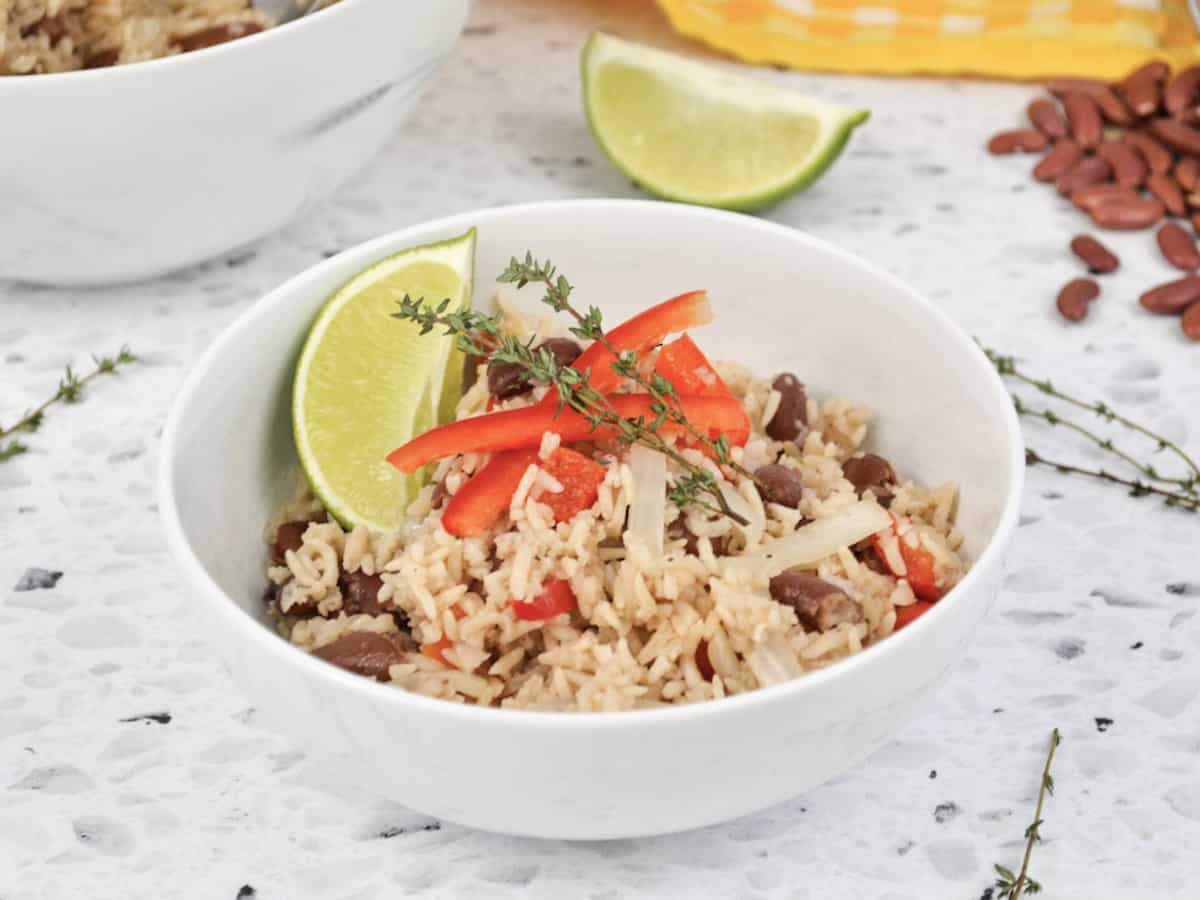 This version hails from Livingston in eastern Guatemala near Zacapa where our family lives.

In this region, coconut is a key ingredient of the traditional food of the Garifuna people, black Caribs of St. Vincent who settled on the Caribbean coast of Central America in Belize, Guatemala and Honduras in the late 1600s.

Enjoy this crowd-pleasing side dish at family dinners, at summer barbecues and at special events such as Christmas and other holidays.

Why You’ll Love This Coconut Rice and Red Beans Recipe

Why Use Dried Red Beans?

As with other traditional Guatemalan dishes, this recipe calls for dried beans. Whether it’s black bean soup or arroz negro (black beans and rice), I’ve never seen my Guatemalan mother-in-law use canned beans.

So, I follow her lead when cooking Guatemalan food. The extra time and planning to use dried beans is worth it!

Dried beans provide a firmer texture and have less sodium than canned beans. In this recipe, the cooking liquid also serves to add colour and flavour to the rice.

And that’s what I when making Tahitian Poisson Cru — a fish ceviche where all the ingredients are raw. But in this cooked dish canned coconut milk works just as well.

Vegetable Oil: Lard is often used as a cooking oil in traditional Guatemalan recipes. I usually opt for vegetable oil as it’s lower in saturated fat and makes the recipe vegetarian-friendly. Avoid using olive oil, because it has a distinct flavour that can overwhelm the coconut milk.

Long Grain White Rice: Long grain American or Basmati rice is what helps keep the rice light and fluffy rather than soggy. Short and medium grain rice absorb too much moisture and won’t produce separate, distinct grains when cooked.

Garlic: Fresh garlic adds depth and pungency. Use a clove of fresh garlic rather than bottled as it contains no preservatives. I prefer fresh garlic from Spain, North or South America as it isn’t as bitter as Chinese garlic.

Fresh Thyme: Fresh thyme adds a nutty, earthy essence. It’s an especially excellent garnish. But in a pinch you can use dried thyme.

Coconut Milk: While Guatemalan coconut rice and red beans is traditionally prepared by grating fresh coconut and squeezing the meat to extract the coconut milk, this recipe is made with canned coconut milk.

Cooking Liquid From Beans: Using some of the cooking liquid helps incorporate the flavour from the beans into your rice.

Scroll down to the recipe card for full method and quantities.

1. Sort the dried beans to remove any stones. Rinse the beans and then combine them with 4 cups of water and salt in a large pot. 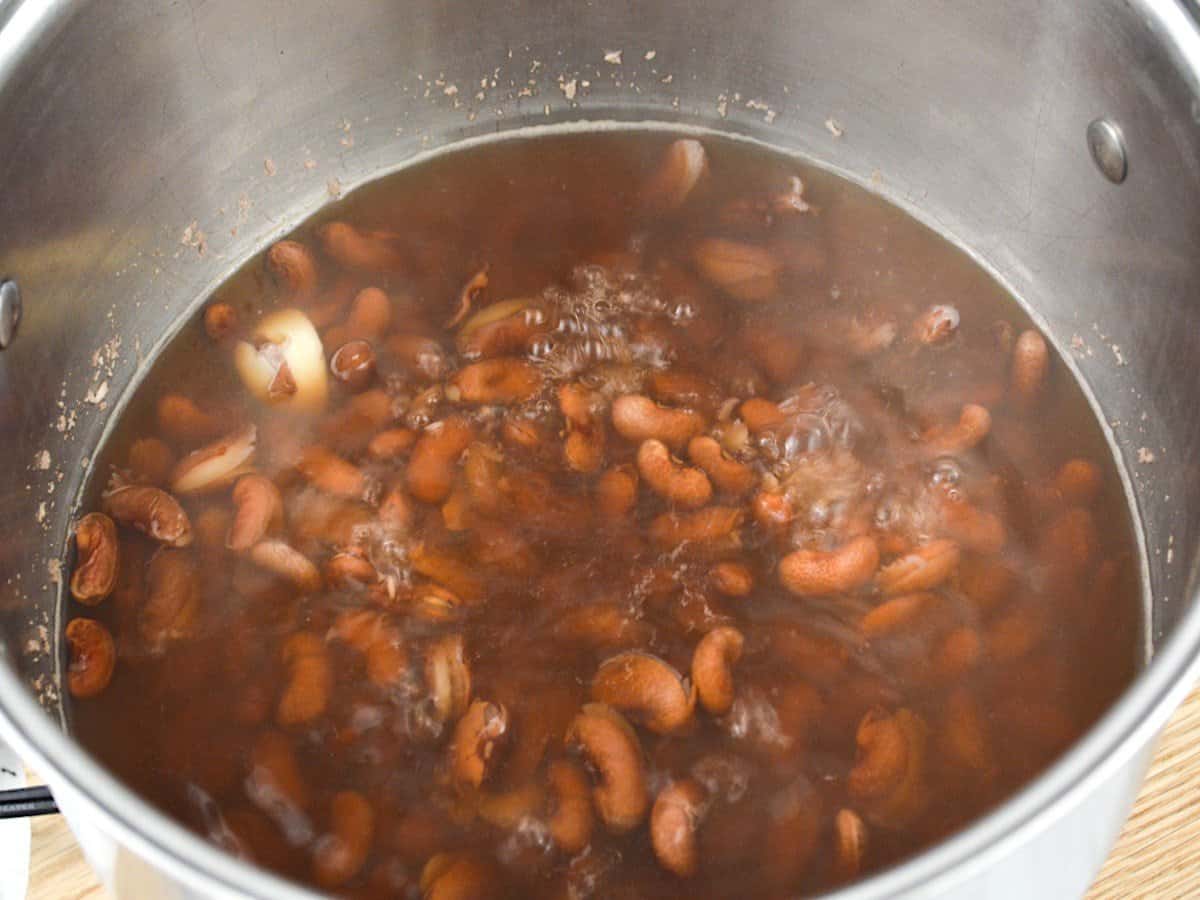 2. Add the clove of garlic, bring to a boil, then reduce heat and simmer until tender but not mushy (45 minutes to to 1 1/2 hours). Replenish water as needed to keep beans covered while cooking.

Tip: The time it takes to cook the beans depends on the age of the beans you have and the actual variety. Test the beans to see if they’re done by mashing one against the side of the cooking pot or by taste. They should still be slightly firm as they will cook further in the rice.

Discard the clove of garlic and remove beans from heat when done. Don’t drain the liquid as you’ll be using some of it to cook with the rice!

3. Heat the vegetable oil in a deep skillet over medium high heat. Add the rice and toast very lightly, stirring frequently so the rice doesn’t burn or stick. 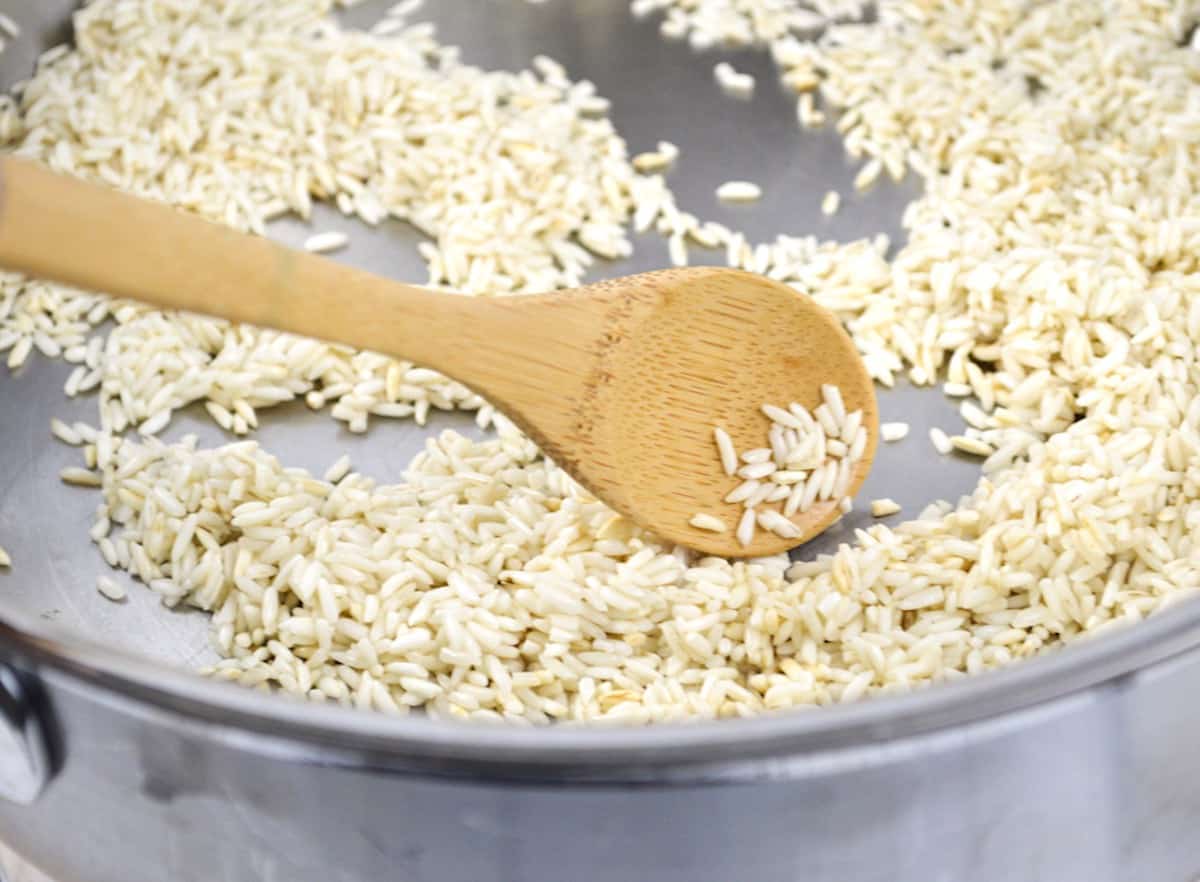 4. Add the sliced onions and chopped red pepper to the rice in the skillet. Reduce heat to medium, add the dried or fresh thyme leaves, salt and pepper.

5. Sauté until the onion and pepper are softened but not browned. 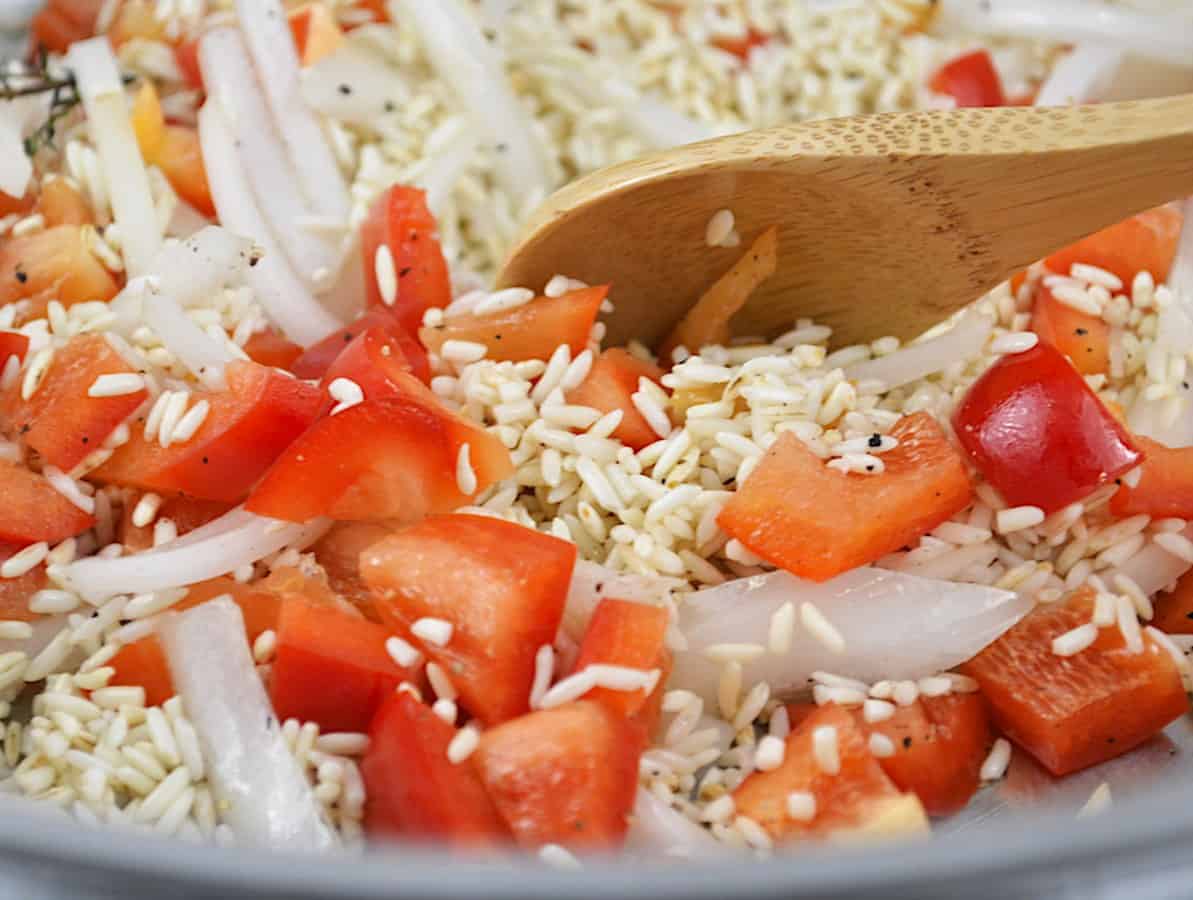 6. Combine the coconut milk, the water and one cup of cooking liquid from the beans in a large measuring bowl. 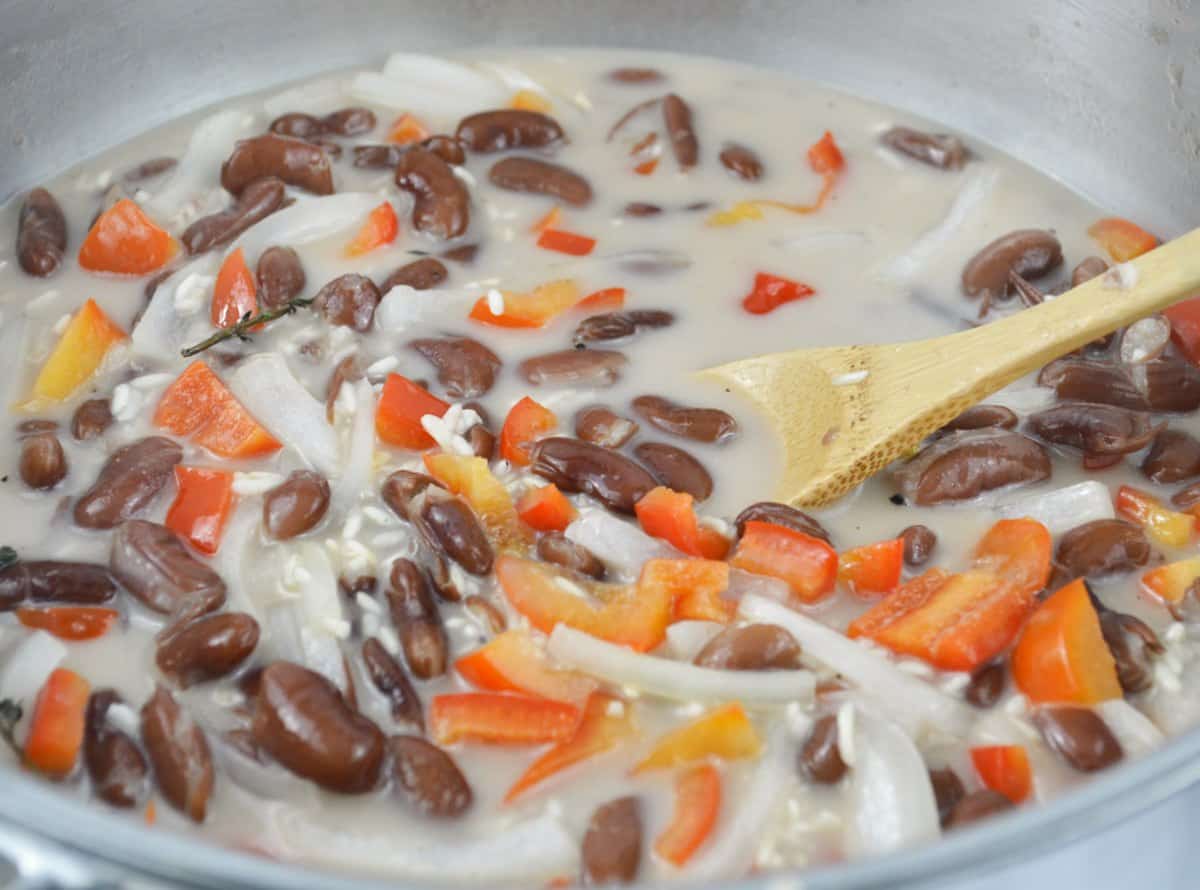 8. Cover, bring to the beans in coconut milk to a boil then reduce heat. Simmer for 15 minutes or until all the liquid is absorbed and the rice is cooked.

Remove from heat and let rest for 5 minutes.

9. Fluff the cooked rice and beans lightly with a fork. Garnish with sprigs of fresh thyme, strips of red pepper or finely-sliced green onions and serve.

This dish is extra delicious with fresh-squeezed lime on top! 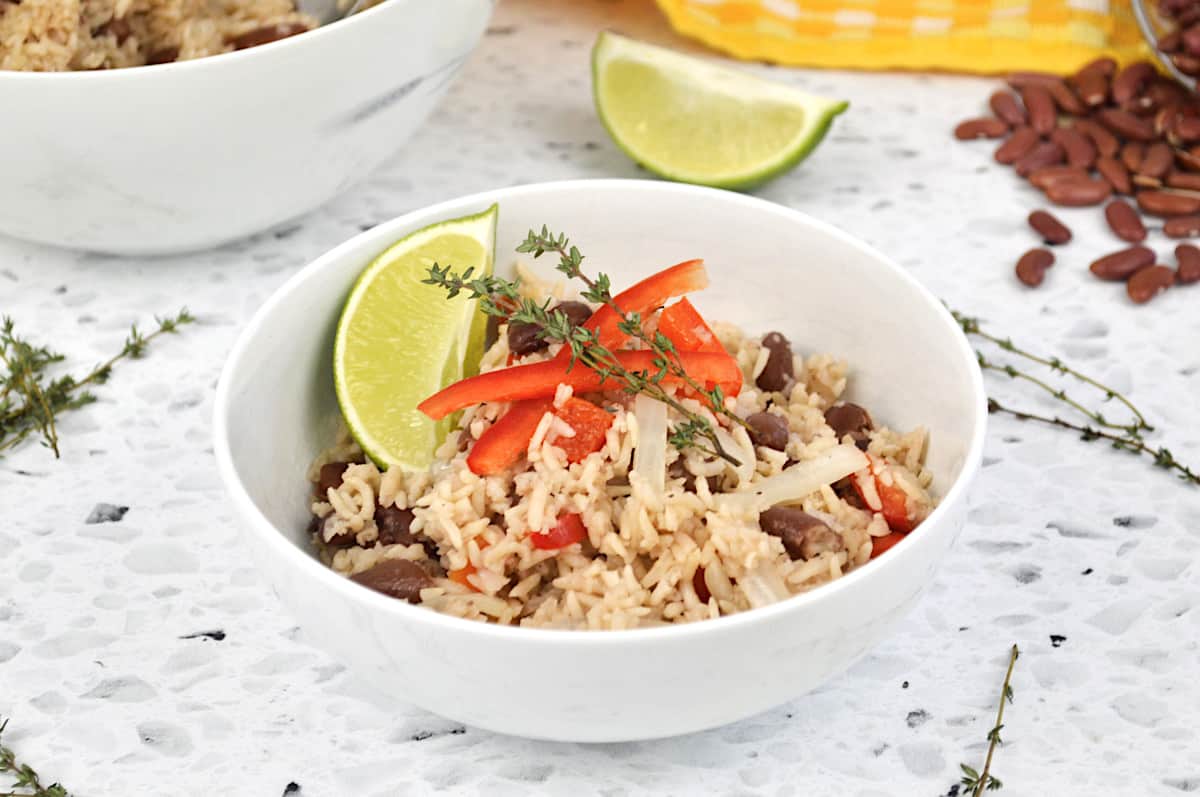 How To Serve Red Beans and Rice with Coconut Milk

Can I reheat leftovers?

Yes! I recommend re-heating this on the stove top with a little vegetable oil, so the rice still has the toastiness it has when made fresh. But you can just as easily heat it up in the microwave or in an oven at a low temperature.

Can I substitute dried kidney beans with canned?

Yes, you can if in a pinch. But this dish is best when made with dried kidney beans as the cooking liquid from the dried beans is incorporated into the rice.

Is the rice going to have a strong and sweet coconut flavour?

No, your rice will have a subtle and mild coconut flavor. It’s enough to notice, but is not overtly sweet. The coconut is meant to add a creaminess and lightness to your dish, not overwhelm it.

Can you freeze coconut milk?

This recipe won’t use an entire can of coconut milk, so if you have extra use it up in tapado (a Garifuna seafood soup), mango coconut popsicles, coconut lime sugar cookies or your favourite smoothie.

To freeze canned coconut milk, pour it into an ice cube tray and freeze until solid. Then, pop the cubes out of the tray and put them into a freezer bag. Seal and store for up to 3 months in your freezer. 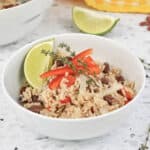 Note: Nutritional values are calculated by an online calculator so may not be accurate. 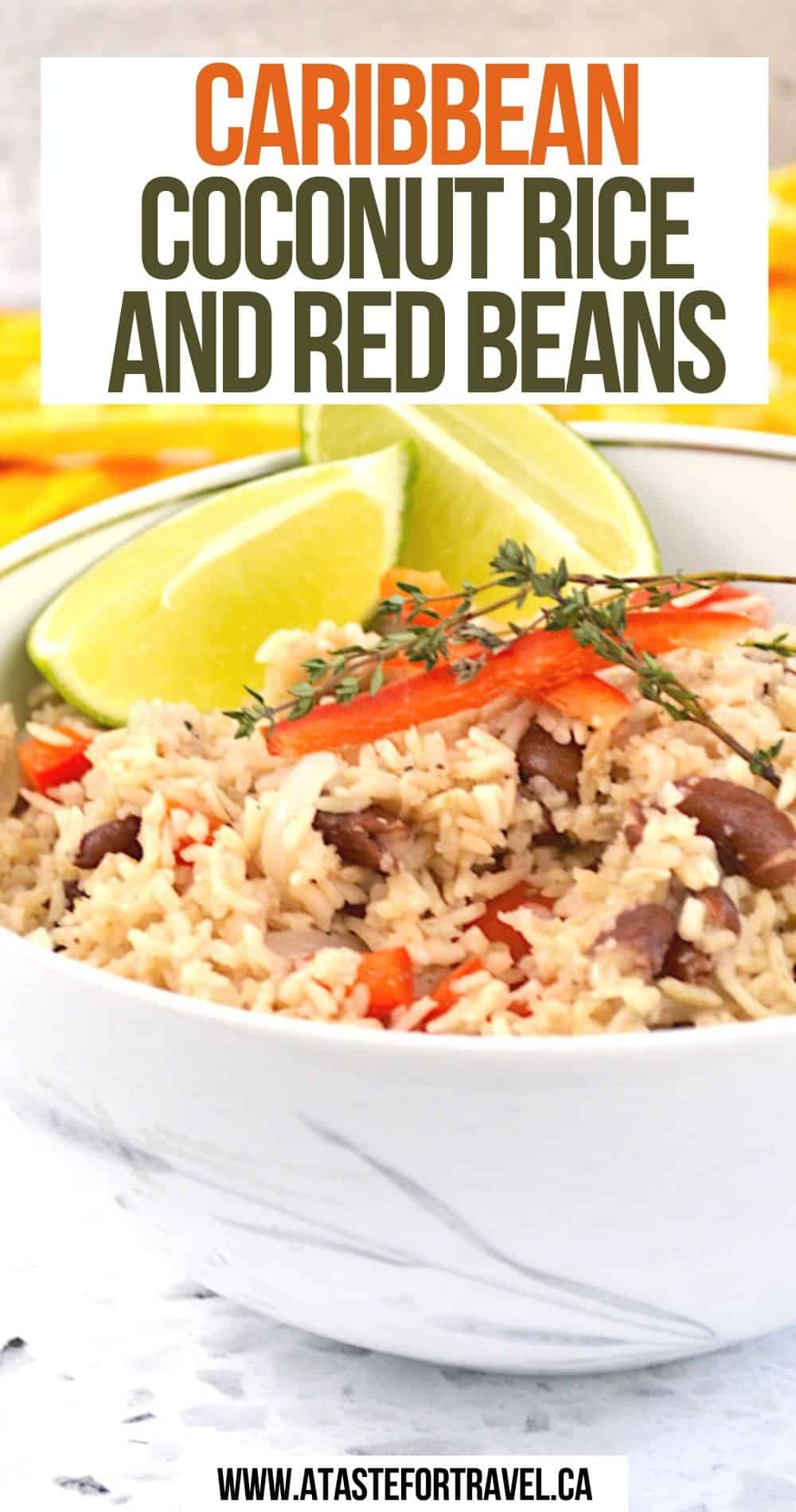 How to Plan the Perfect Honeymoon in Belize
Next Post: 10 Unforgettable Beach Bars in Bonaire